My first official photo credit appeared in the online edition of The Sheffield Star on November 24, 2015.

A woman’s body was found in the River Porter at Summerfield Street, and police had cordoned off a perimeter.

I was one of the first photographers there (I even beat the official Ross Parry agency photographer) because I live really close by, and had picked up the story on my news feeds early in the morning.

I took a range of photos, which I then manually walked into the Star offices, only about a mile away. They were published almost immediately in the online story.

The original story was continuing all day, as is the way with a breaking story of this type, and can be found here. My photos continued to be used as more news came in. 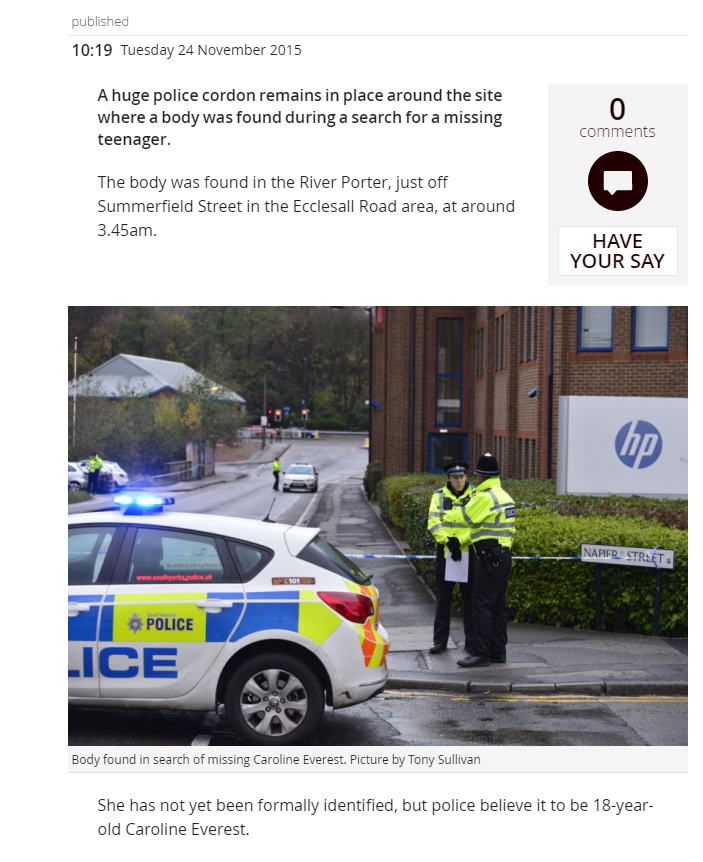 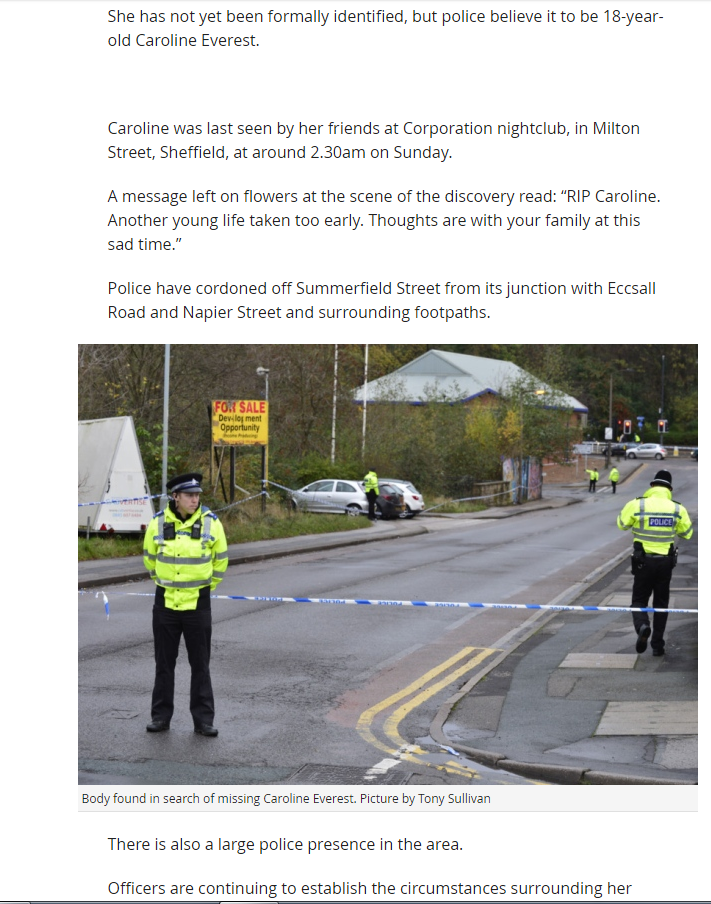