My First photo credit, on the Sheffield College website. It was of Atiba Lyons, head coach of the Sheffield Sharks professional basketball team, and player Jerroll Brooks, who came to the college arts and drama department to train the cast of the colleges ‘High School Musical’ production. A byline was credited prominently. 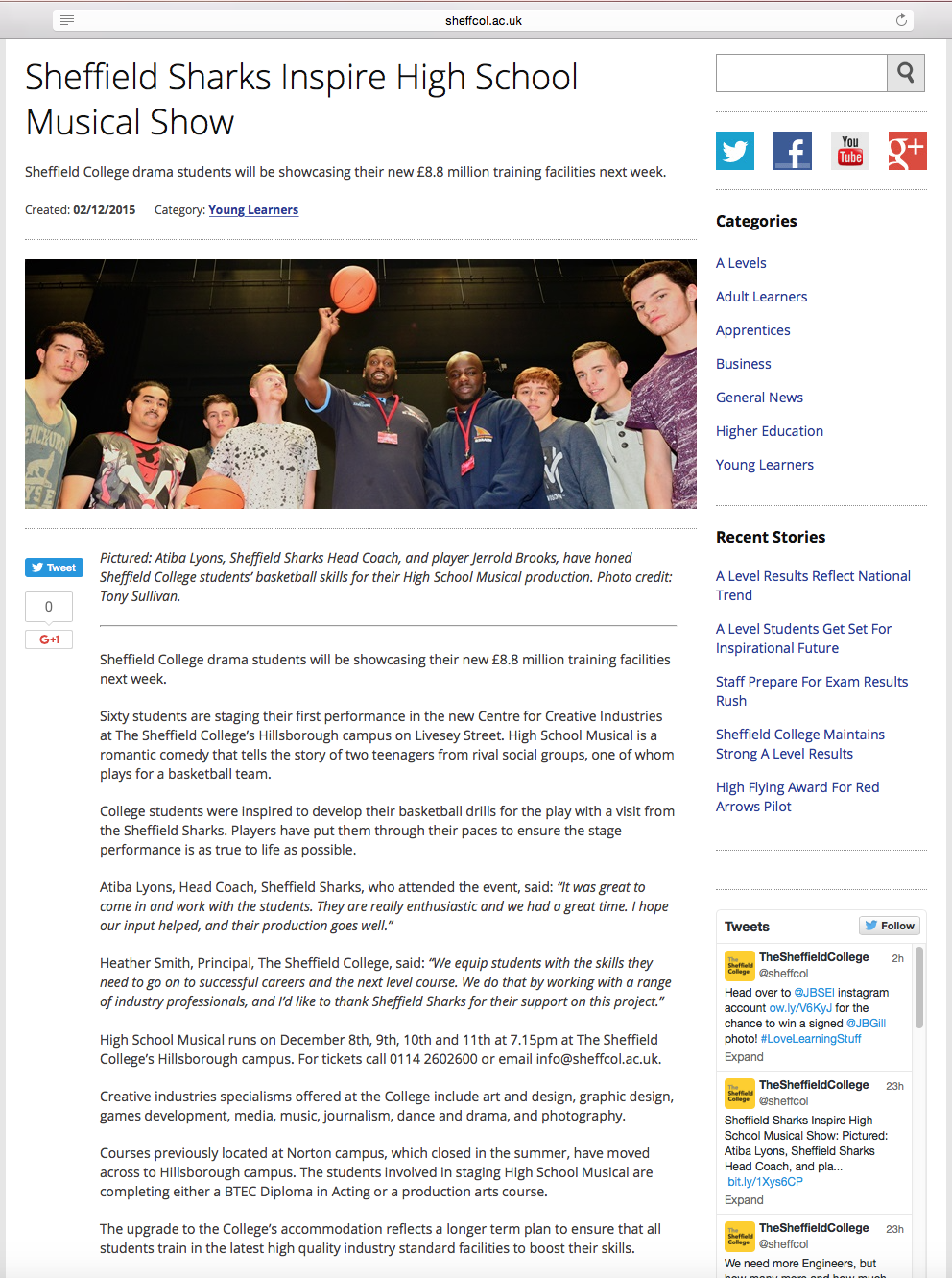 The Sharks Sheffield are an award winning club with a long history of success within the BBL.

The club was set up in 1994 with the acquisition of the South Yorkshire franchise by the Chrysalis Group. With the immediate appointment of local Sheffield sports management consultancy, Montgomery Leisure Services Ltd, the clubs day to day operation was overseen by current club chairman Yuri Matischen, supported by Sarah Backovic and John Timms.

The Sharks have been a leading basketball franchise in the British Basketball League since 1994 having won 12 championship titles throughout its 20 year existence.

On wards and upwards!